How to Draw Your Own Vector Wings 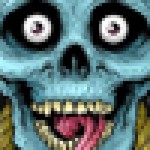 Ok, I lied. We’re not entering the Food Service industry. But a tutorial on how to make some chicken wings would be pretty cool, none the less. This tutorial is all about how to make those really cool hyper detailed wings that all those bro-dawg brands are rocking.

First things first, we’re gonna need to find a reference photo of a feather. After some searching on the information superhighway, I found one that I liked. The reason I chose it is because it had good curvature and a good amount of disheveled strands. Check it out below.

So I placed it into a new Illustrator file (by going to File > Place). Once in there, like a lot of the other tutorials on here that require tracing from a photo reference – I’ll be turning down the opacity of the image and locking it’s sub-layer.

So we’re gonna start tracing the feather out. We don’t need the plume on it, just the feathery part. I put enough crazy ridges and stray strands to keep it as a good base. I didn’t go too hyper on the first one because we’ll be duplicating the base shape and adding further detail to prevent the feathers from being so repetitive. We can’t have a boring wing, you know? 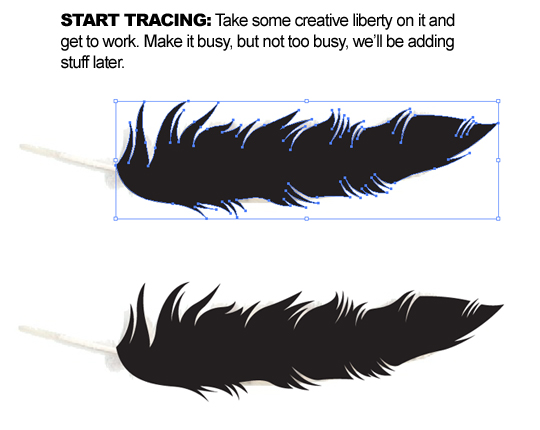 So I duplicated the feather base once and dragged it off to the side. I made a couple of my own tapered brushes for the detail. If you’re unfamiliar with making tapered brushes, we have more than a couple tutorials that touch on how to achieve this effect. It’s a whole tutorial in itself, so like last time, I’m omitting it from this one too. I added a ton of detailed strands all around both base shapes. I expanded the appearance on the brush strokes, deleted the invisible stroke marks (by making a transparent box, using the magic wand to select all the invisible lines, and hit the delete key) then added the shape of the details and the corresponding base feather together with the pathfinder. And we’ve got two feathers.

Now I start building the wing. The curvature comes into play here, because it’s what is going to give our wing a legit look. I duplicated each feather, and switched off each style to keep it different, while decreasing the size little by little. I know I reached a good stopping point when the detail in the wing begins to get lossy with the naked eye.

Now we need to add the secondary part of the wing. I duplicated the wing we have so far and added it with the pathfinder. I turned down the opacity (locking it’s sub-layer is up to you, but not necessary) and got to work with the additional part. I added the detail strands much like I did in the feather. I also added some more smaller feathers to give it some more character and kill off a little of the negative space. 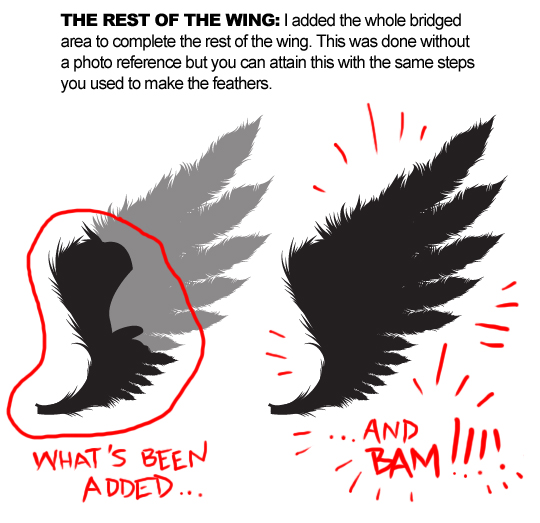 Now I repeated the expanding of the brush strokes, deleted stray transparent lines, and merged the wing all together with the pathfinder tool. We have a wing! Now let’s duplicate it and mirror it like it’s shown below.

So let’s align this bad boy properly, and group it together.

You’re now equipped with a pretty nice set of wings to put behind your logo or graphic. I used a skull here from the Arsenal, well, because I can… and there you have it. 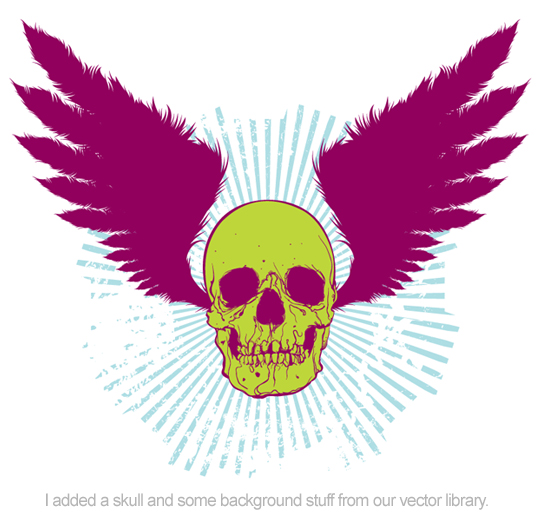 Now I’m gonna go look up some Hot Wing recipes and throw down in the kitchen. Adios!

The feather used as the photo reference was aquired by using Google’s image search, from the website Owl Prowl. Just giving them credit where it’s due.