A successful illustrator and art director talks about sacrifice, shifting priorities and exclusively admits to listening to the Backstreet Boys.

Justin Mezzell is a designer living and working in Orlando, Florida. He is art director for Code School, an online learning site that helps people learn how to code. He’s also a sought-after designer and illustrator, having worked with clients like Facebook, Twitter and Google, along with magazines like Wired, Fast Company, ESPN and Fortune. He also helped make this.

Justin manages to juggle a busy work schedule with personal projects and freelance work, all while working to be a good husband and a dad to two little ones— a daily balancing act he usually seems to manage quite well. I recently spoke with him via email to find out how he’s tried to cultivate that balance in his life, how he views his commitment to professional and personal commitments and what drives him in his day-to-day work.

Tell us a little bit about yourself.

I’m Justin Mezzell, a designer/illustrator based in Orlando, Florida. I’m currently working as Art Director with the amazing folks at Code School. As a freelance illustrator, I’ve had the privilege of working with some truly wonderful companies, like Twitter, Wired, Google, Facebook, and others.

You’re in a major role at a busy tech company. How do you juggle personal projects and agency projects?

The short answer is that I don’t all too often. When it comes to taking on additional work, I’ve had to learn how to most effectively balance the work I do during the day with the work I want to do at night. There was a steep learning curve on that one—plenty of sleepless nights pounding coffee. What I’ve really come to learn is that the whole “Never Stop Creating” mantra is incredibly inspiring as you’re starting out, but less so as you actually settle in to a routine of ceaseless labor. Taking breaks is instrumental to working at your best. This essentially means passing on a lot of exciting projects because I know that I won’t be able to give 100 percent to them. The last thing you want is to turn in half-assed work that bears your name on it.

As for working on personal projects, that’s something I always like to have in progress. They’re so immeasurably valuable in cultivating exploration and self-discovery within the creative process. As you take on more work (and more responsibility), you’re sure to fluctuate on just how much time and energy you can sink into these extracurricular endeavors, but having ongoing personal projects is something I’ll always be passionate about.

What inspires you right now that might surprise people?

I still prefer iTunes over Rdio, largely because I can listen to whatever the hell I want to in private. I keep my library on random most days and ping-pong somewhere between 90s pop music to hardcore to neo-80s-electronica to hip-hop. It’s sporadic and, clearly, so is my personal music taste. A coworker recently reminded me that purchasing the Backstreet Boys’ Greatest Hits collection can’t be ironic if I’m the only one who’s aware I own it.

I suppose this interview changes that.

You’ve got a busy family life, and a busy professional life. How do you make sure to properly pay attention to both both—without sacrificing either one?

I don’t think I believe there aren’t sacrifices being made in relation to each other at all times. Every choice we make is made in the place of another reasonable path we could have chosen. For me, I’ve had to become more aware of where and when those sacrifices are being made, and to be more intentional with how I invest the time I have. In becoming a father of two, it’s safe to say my inventory of free time has only diminished since the days of being single and working. But people make these kinds of choices every day, whether or not they work in our profession. Choosing to date someone may remove your ability to stay in and play video games in your underwear until 4 a.m. Getting more into working out and investing in your personal health removes time you could have used to improve your professional craft. 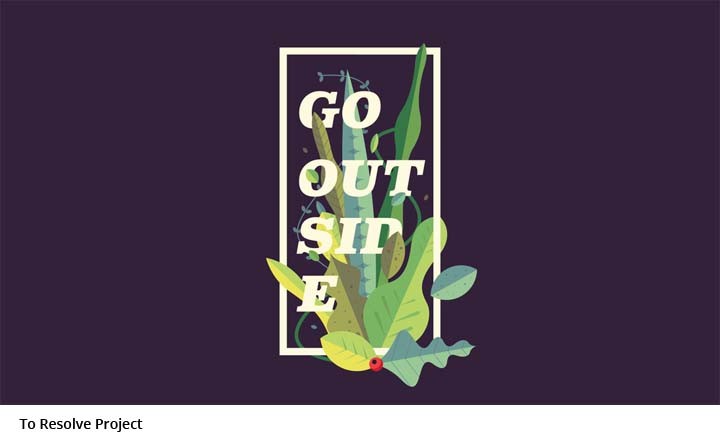 We won’t get more hours out of the day in any scenario—barring a catastrophic cosmic event that changes our course around the sun. All we can do (and all I try to do) is invest in the life I want to live. Becoming a husband and a father hasn’t diminished my desire to push myself in my craft. It’s changed the way I think about success—but I’d say that transformation in me has been a mostly healthy one. I’m less interested in what’s “socially” successful and more focused on improving my craft where I want to see it go, rather than to where others might want my work to head. And my affirmation of a life well-lived has become a more personal endeavor than a public one.

You live in Orlando, which isn’t San Francisco or New York City. How do you think that affects your approach to design?

I’ve had my brushes with the West Coast—I’m originally from over that way—but for me, it just hasn’t been the right move at this time in my life. Being in a city that isn’t known for design or technology isn’t always the most tantalizing thing for some, but for me, working here has been a really positive force. It’s exciting to be in a city where you can change the entire conversation of the creative community and plug right into being effective where you are. We’re a city that’s only just beginning to align and embrace the creative and tech communities; being on the ground floor of that has been both affirming and thrilling. Also, getting to be near so many colleges has been a great opportunity in forming some truly great mentoring opportunities.

Where you live is more than where you work; it’s where you do life.

The fact is, you can do great work wherever you are. And if you’re not doing great work where you are, a change in location might jumpstart some of that in you, but it might not. It’s sort of like wishing on a star: That old star can only take you part of the way. You got to help him with some hard work of your own. (Thanks, Princess and the Frog. Did I mention I have kids?)

Do you think the industry is shifting away from assuming all “real design” has to come from NY/LA/SF?

Absolutely. I see great, inspiring work coming from all over. From Indiana to Montana to Georgia and everywhere else, the Internet is making distribution a limitless variable. Your work its reach is nearly boundless when coupled with an internet connection.

I’ve also noticed companies are more open to having offices that aren’t parked exclusively in SF, and remote work is becoming more and more common in practice. Hopefully, we can move the conversation beyond designating someone as being “too good” for the city they’re in. Because they’re really not.

What’s your favorite project you’ve ever worked on and why?

Right now, we’re working toward making Code School an even more valuable product in the learning conversation. We’re in the process of reorganizing the architecture and our approach to teaching. It’s certainly the most difficult undertaking I’ve worked on, but it also gets me ridiculously excited. Being someone who went through college and didn’t leave with a degree based on anything I happen to do today, I’m really interested in improving how we cater to and encourage learning technology here and abroad. It’s inspiring to get to work on something that can actually transform someone’s life.

Who are other designers who inspire you?

I’m going to miss so many people on this brief list, but some people that I can’t help but consistently check in with would be: Jay Fletcher, Tobias van Schneider, Allison House, Kelli Anderson and Ryan Putnam.

Say I’m a designer just starting out, or trying to start out in Cleveland. What would you say to me?

If you’re waiting until someone asks you to do the work you want to be doing, but you haven’t started doing it yourself, you’re going to be waiting an awfully long time. Where you are shouldn’t be a barrier for you putting yourself out there and crafting the career you want to have. I’ve also got a particularly soft spot for Cleveland—it’s a great city.

Remember to re-evaluate what success means to you, and how you want to go about pursuing it. Our notions of success change over time and it doesn’t make us directionless, it makes us human. Pursue what fuels you, but don’t expect it to be the end-all-be-all. Look for inspiration outside of just design, and don’t fall prey to the idea that if you work hard enough, that’s the only ingredient you’ll ever need to be truly happy.

Anything else you want to add?

Thanks for having me and for letting me talk shop and all else. Also, thanks to anyone reading this. It’s a long one and you’ve got a lot of other things you could be doing with your day—maybe that you should be doing with your day. Don’t hesitate to say hey and if we’re ever at the same conference or place at the same time, let’s get a beer or (even better) a bourbon!

Learn more about Justin Mezzell’s work at his website, on Twitter or on Dribbble. You won’t find him on Spotify though—he’s busy hiding the fact he still listens to Yellowcard all the time.