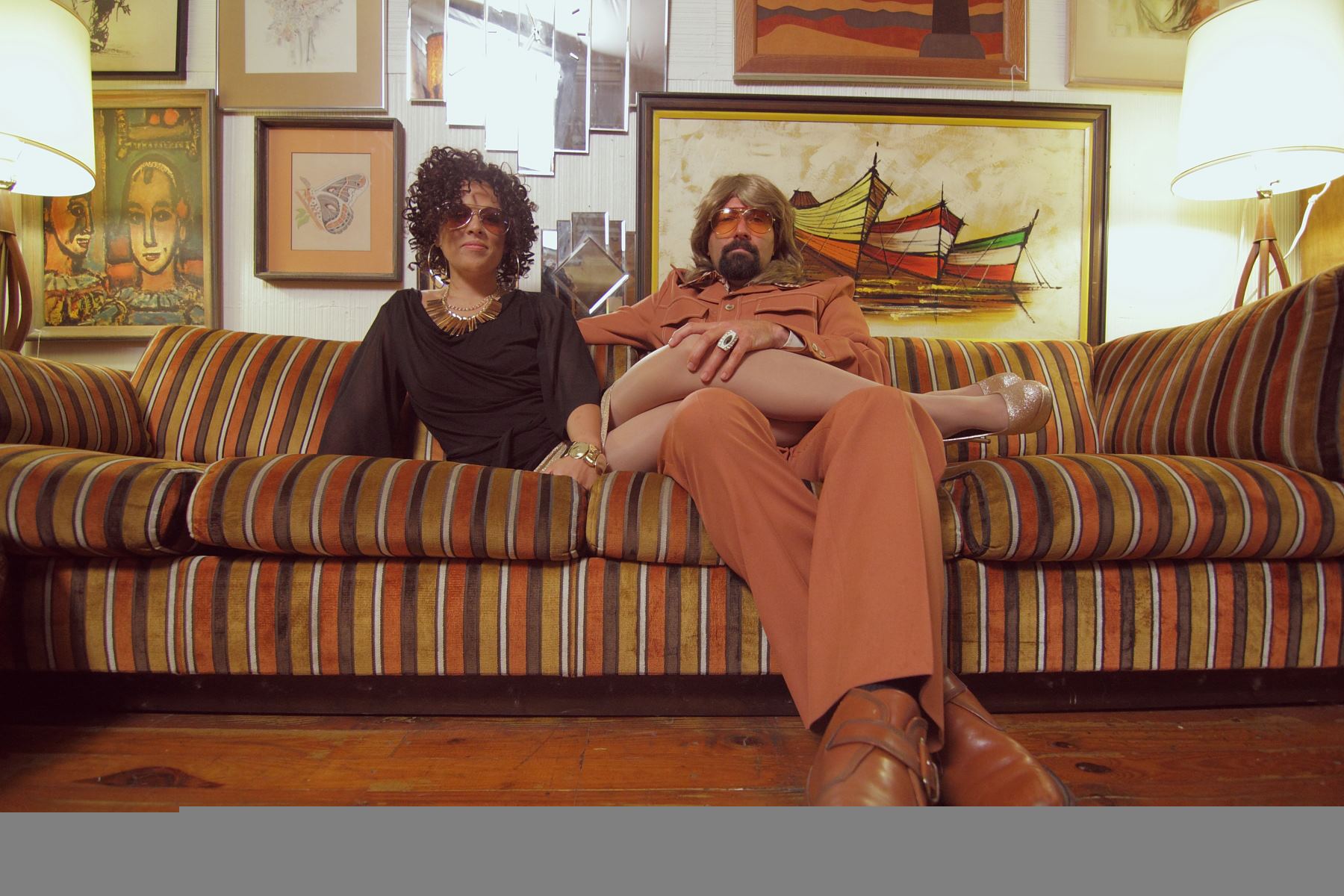 Sakeachi Productions Video for “Any Which Way” by the Scissor Sisters

I’ll never forget the text.  “Sakai, I have a crazy idea…”

It was late on a Tuesday evening when I sat upright out of a dead sleep to reply, intrigued. Considering the source was my brilliant partner-in-crime, whatever hair-brained scheme he had conjured up, I knew that I wanted in.

So only days later it was decided, my friend Bill Beachy and I were going to make our own music video.  Inspired by a Beastie Boys video shot by Jeff and Kim Finley on a Nikon D90, our motivation, too, was pure random ridiculousness.

The first task we had on the job at Sakeachi Productions (after, of course, giving ourselves this kick-ass professional name) was to find our track. We quickly decided on the kitschy 70’s throwback  “Any Which Way” by The Scissor Sisters, a band relatively unheard of at the time.

Since the song screamed “disco!”, the ideas started flowing like Farrah Fawcett’s long locks.  We traveled back to the 70’s, by way of YouTube, Google searches, and area vintage stores, to really start to get a feel for what we wanted to capture in our video.  At The Cleveland Shop, one of Cleveland’s coolest and oldest vintage stores, I first laid eyes on Bill in a sleazy leisure suit and golden aviators. Glancing at the tags on these must-have items, it was here we realized that our ridiculously fun project was going to be an expensive one.

While we were willing to cough up our own money for our disco dreams to be realized, we decided to try our luck with the creative arts fundraising platform, Kickstarter.  After completing an online application and creating a video introducing ourselves and our project, we managed to raise $1,095 in one month thanks to the generous donations of family and friends.

Now that we had our budget, we really felt like our project was coming together.  We next met with the brilliant minds at Purple Films, who helped us to further our vision of the video and storyboard.  We planned to film for two days and set to tape at five different locations including an area vintage store called Sweet Lorain, a local bar, Bad Racket Recording Studios, Brookpark Skateland and the Elyria Roll Arena. Casting our own family and friends, we spent countless summer hours in the offices of Go Media, teaching and reviewing one minute of choreography for a dance sequence in our video.

The first day of filming came quickly and the excitement in the air was palpable. I realized that our disco dreams were coming true as I glanced over and saw Beachy’s badly combed wig flopping in the breeze outside of the roller rink we rented for the day, as videographer Brett Vance captured his every move.  Hours and hours of filming flew by. Though we smelled of moth balls, we felt like rock stars for the day.

When the filming was finally over, the work had only just begun. Beachy and I decided that we wanted to try our hand at editing, so our friends at Purple Films handed the amazing footage they captured over to us. We sat at Go Media and opened Final Cut Pro for the first time with fingers crossed. Every Tuesday night for a few months, we poured over all of the footage, story-boarding, cataloging each clip, rating its value and carefully piecing together our vision.

A week before our premiere party was scheduled, we opened up Final Cut Pro to finish up our last minute effects and were met with an unexpected horror. The hard drive, on which we had saved our finished project and all of our files, had crashed. A visit to the Best Buy Geek Squad confirmed our worst nightmare: we had lost it all. Luckily, as the Purple crew still had all of our footage and we had a rough cut on Vimeo to reference, we had a second chance to create our masterpiece. Thirty hours, 5 trips to Starbucks, and 20 bags of Cheetos later, we finished our video, part deux.

Our big premiere party and the video’s subsequent release on Vimeo a few days later, were moments of pride for Bill and I, as we received numerous cheers, likes and praise for a job well done. The biggest success, though, for me, was that my friend and I had accomplished exactly what we set out to do: to have a ridiculous amount of fun, as always, together.

Any Which Way from William Beachy on Vimeo.