This is the epic tale of Designer Sites, the agile, accurate, utterly gorgeous, and affordable new web solution from your friends at Cleveland Web Design firm, Go Media.

Go Media has always maintained a keen eye for quality design. We built our reputation on it, and it remains at the core of our business. But years ago, when we first set out to build websites, the results were mixed.

Like our designs, our early websites were handled with the utmost care. And, true to form, they looked beautiful. But with this attention to detail came a price. Each site to go live from our Cleveland based Design studio was fully customized and looked as if it had been meticulously handcrafted. Gorgeous but inefficient.

We had to find a sweet spot between beautiful designs and affordability. A little less Elon Musk, a little more Henry Ford – strange bedfellows indeed, but if anyone was capable of bringing the business acumen of these two giants together in spirit, it was Go Media.

So we went on the hunt for pre-built web themes, and found that the internet was littered with them. That was part of the problem, and probably should have raised a red flag early on. But this was years ago, and the internet was still a little bit like the wild west. The landscape was punctuated by one gold rush town after another. Some were built to last AND pretty to look at, while others were abandoned almost as quickly as they’d been settled. The market was just beginning to pick up steam, and already moving at a breakneck pace. Things were happening fast. 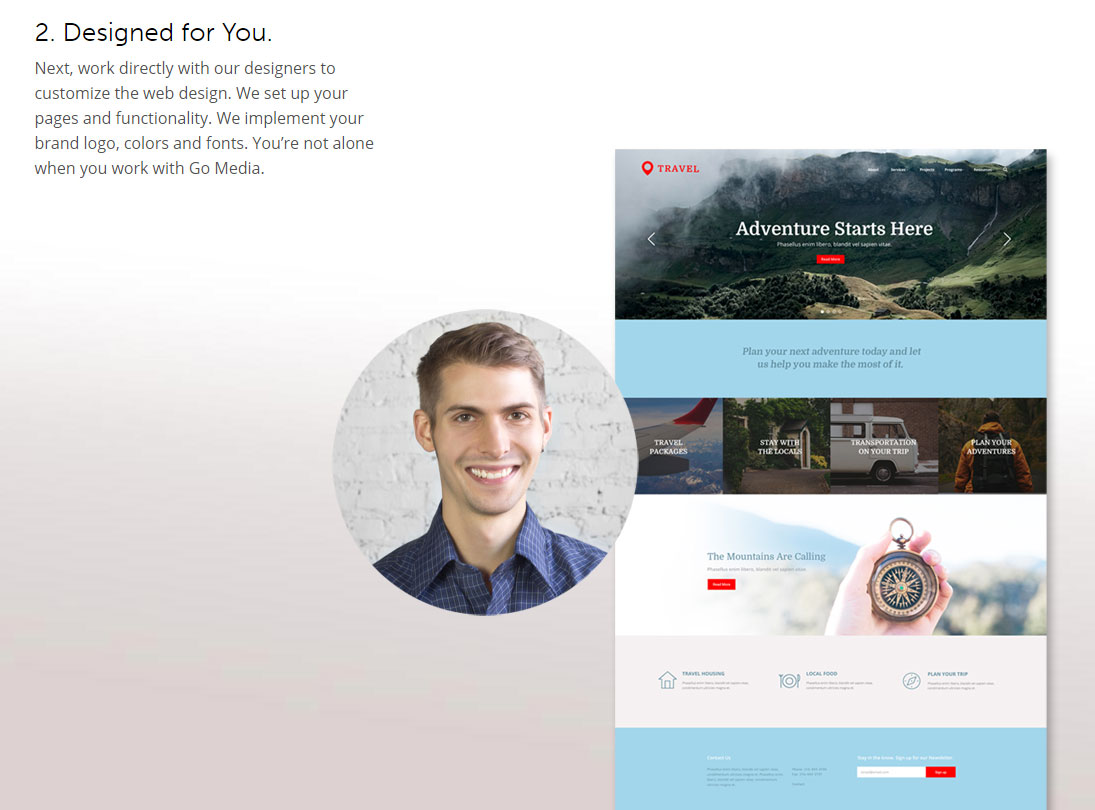 We soon learned that websites are a perishable product that require regular maintenance,  and an awful lot of pre-built web themes spoil fast. The world of pre-built web solutions seemed to us like a clandestine, nether region where orphan themes – created by deadbeat developers who’d long since flown the coup – were left to die on the vine. Every time we’d pick a theme, the thing was obsolete within a matter of months.

It seems that the authors of these web themes – maverick web developers – approached their work with nomadic conviction. As a result, these web themes didn’t get the support they needed. This ultimately led to a bonanza of web solutions with very short shelf lives. 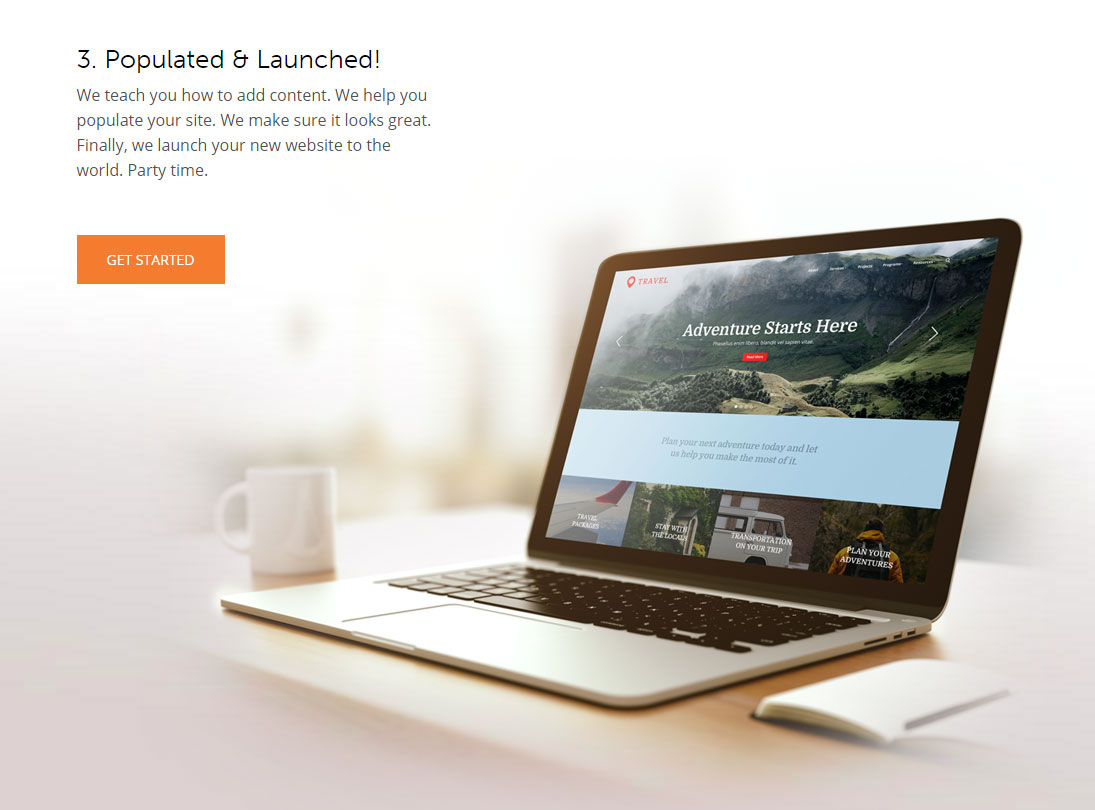 So we decided to build our own. Sure it needed to cost less, but not at the expense of a beautiful user interface and an intuitive user experience. We had to achieve a balance between agility and accuracy for all of our clients, big and small. There were allegiances to support. And it had to have integrity.

Long story short, we did it! Have a look. Go Media Designer Sites. More a ‘65 Mustang than a Model T. Not so much a Roadster as a Tesla Model 3. Beauty made simple, and built to last – everything you’ve come to expect from Go Media at an affordable price.