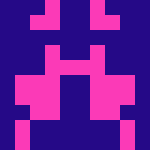 On Oct. 1, the federal government formally rolled out the Affordable Care Act, also known as “ObamaCare,” beginning with the launch of online healthcare exchanges.

I’m referring not to the federal government shutdown that ensued as part of the bitter politics involved, but rather the system design and hosting failures that led to the site to crash. Millions of people were staring at an “error” message, causing many to offer further criticism of the healthcare initiative itself.

According to various media reports, the Obamacare website received 7 million unique visitors in the first two days of its launch. Some 4.6 million of those arrived in the first 24 hours.

While some have commented that a glitch-free unveiling of the site was an “impossible task,” given the scope, intensiveness and concrete deadlines involved, I disagree.

The complications that arose from the launch of this site were foreseeable and avoidable. Those behind the controls should have planned properly and effectively leveraged the modern cloud.

The truth of the matter is, there are countless websites that manage daily traffic volumes far exceeding what the healthcare site was required to handle – and they do it without a single hiccup.

With proper planning, any firm can effectively tailor their website to fit all their capacity needs, both at the time of launch and well into the future. Any experienced web developer will tell you that there are a number of well-tested methodologies and approaches that are effective in shouldering major spikes in traffic – so long as they are done correctly.

Part of it is the responsibility of the business. Business owners and operators should have a solid grasp on the consumer base, which will allow a fairly accurate estimate of traffic volumes.

Of course, you want to be prepared for the unexpected too. If Oprah one day decides you’re one of her “favorite things,” you want your site be ready!

There was a time when this might have seemed an extreme challenge. Historically, companies basically had two options: dedicated servers and commodity hosting. The first option limited users to the amount of computers to which it could connect. The latter involves shared hosting. There are limitations to that option as well because any one of those users had the potential to bring down large swaths of that network.

In the last decade, we’ve seen a game-changer in the form of something called cloud computing. It’s a complex form of technology that allows vendors to offer highly-advanced hosting that can expand and shrink as necessary. The software and hardware is specifically designed for maximum elasticity with regard to traffic volumes.

The beauty of cloud computing is that in addition to being superior technology, its developers also made the system available to “pay-as-you-go.” That makes it accessible to those with smaller budgets too.

Compare that to dedicated hosting. For that, companies were on the hook to pay for whatever capacity they had estimated they might need, even if those estimates turned out to be inflated.

As great as cloud computing is, it still isn’t everything. It won’t replace good design when it comes to a smooth launch. You still need experienced system administrators who can put into place the proper design and configuration to ensure your website will be ready.

At Go Media, we offer managed cloud hosting and system design as a value-added service for our clients. We’re not a public web hosting firm – and we’re not trying to be one. We do, however, want to make sure our web customers are housed on a stellar system that’s going to perform well at every turn.

Many of our clients have praised this as a major benefit during a launch because it helps to eliminate surprises. When we’ve designed the stack, we know what’s in it. We know its capabilities. We know we’ve got certain monitoring systems in place to be able to react immediately if there is a problem with high volumes. We design our systems so that the mission-critical components are going to operate without a hitch, regardless of how many people flood your site.  It’s a process we’ve been perfecting for well over a decade.

Choosing a competent web design and management firm is the first step toward ensuring a problem-free launch of your new website.

There are other steps your firm can take too.

As I mentioned earlier, proper planning is essential. Know your consumer base. Know the kind of capacity you can generally expect. Make sure you clearly communicate this with your web developer. Also inform your developer if at any point you anticipate a marked increase in web traffic. There may be preemptive ways the developer can address these potential issues.

Another thing I’ve learned over the course of unveiling hundreds of web applications and campaigns for a variety of brands is this: Go to market with the most basic version of what you consider a viable product. This is particularly important if you are on a deadline.

If you try to shoot for the moon and get every single thing in there and do it on an extremely limited timeline, you may find yourself, your staff, and your consumers disappointed.

It’s worth noting that many clients ultimately come to the realization within the first year of launch that many of the bells and whistles they considered to be “must-haves” were not truly necessary.

Know that more can always be added later.

Deadlines should be realistic. However, good system design need not take an inordinate amount of time if you are working with a skilled web developer who already has good tools in place.

One of your primary goals in launching your new site should be to avoid alienating your users. Establishing a positive first impression will go far in keeping your consumers coming back again and again.

About the Author, Wilson Revehl