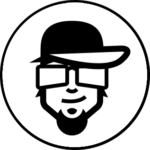 The digital product industry has a wide range of acronyms and job titles that make it difficult for a non-digital industry member to understand who and what everyone on a digital product team is responsible for and what roles do what work. Basically, as teams become more insulated from the population at large discussions can quickly devolve into what sounds like a jumble of letters and acronyms that are mostly meaningless to the general public. One particular point of confusion that is brought up, again and again, is the difference between UX and UI.

UX stands for User Experience. User experience is a broad field that can encompass anything from digital user research, information architecture, and business analysis, as well as digital product design. Practitioners of UX are generally called user experience designers, and their role in a digital project is to ensure that all decisions that are made in regards to the product take account of user needs and desires. On smaller digital product teams, UX designers perform the role of design and research generalists, producing business and user analysis as well as creating the wireframes, prototypes, and mockups that will make up the final digital product. While on larger teams, user experience can be broken up into many roles, from user experience researchers (who focus on user interviews, surveys and questionnaires) information architects (experts in developing high-level workflows and context maps to determine the user’s flows through the product) and digital visual designers (folks responsible for the styling and look and feel of the product).

When a company or team talks about “design thinking,” it is generally in reference to user experience design, or thinking about how the end user will interact and use the product. Basically, when creating something for a purpose, it is important to ensure that the purpose remains the focus of the project and that it (the purpose of the project) is in no way hindered by other elements of the product.

UI stands for User Interface, so a UI designer would translate to a User Interface Designer. A user interface is a technical term for what a user interacts with when operating your digital product. A user interface designer’s role in a project is more focused than that of a UX design generalist, as it centers around designing and building the interface elements itself, ensuring brand coherence and intuitive interaction. They build their interfaces based on the research and work that was done by the User Experience designer but a user interface designer is generally more focused on the visual elements of the interface and how they work together to create a seamless experience.

UI designers benefit from an understanding of the implementation of their designs or how they will be constructed in code. So much so, that many user interface designers learn front-end development languages in order to better bring their projects to life. This allows UI designers more control over their projects and gives them the ability to create more interactive and delightful experiences.

So Do I Need a UX or UI Designer?

This is a bit difficult to answer as all digital projects need elements from both UX and UI design, which is probably why roles for these positions are generally labeled as UX/UI Designer, as companies focus on generalists that can produce work throughout the digital project process. When starting a project it is important to research your users and understand their motivations to give your product immediate impact, but it is equally important to implement that information in a way that is both appealing and intuitive. Understanding how those two elements relate and walking that fine line is what makes digital projects successful, so it’s important to find a team or individual who values both.

About the Author, Matthew Farleo

Hello. My Name is Matt Farleo. I don't like to think in terms of titles but I guess I'd consider myself a creative immersed in all things digital. I've worn many hats (literally and figuratively) throughout my career, but most lead back to using technology to connect people.