Earlier this month, the L.A. Clippers hatched a new mascot design in the form of “Chuck the Condor,” to represent a team with two of the best leapers in the NBA. Sadly, the reception was foul.

“Chuck is a schmuck,” blurted The New York Daily News. The Rolling Stones declared, “Everyone hates” the mascot. L.A. Times Columnist Bill Plaschke ranted that the “stupid bird” was a “Fruit Loop reject” and an “ornithological nightmare.” 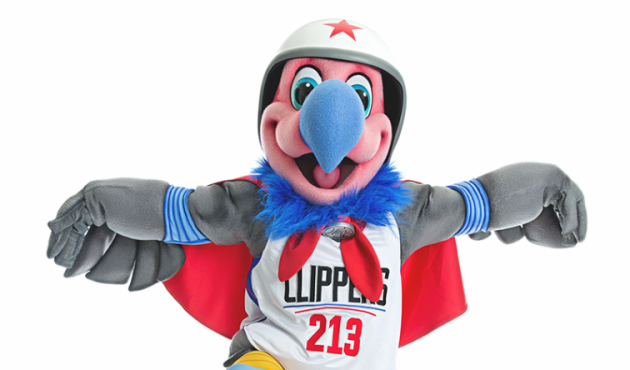 More recently, Kanye West – known for his epic (if ill-conceived) Twitter rants – tweeted Clippers Owner Steve Ballmer, asking if he could launch his own mascot design for the team. Initially, ESPN reported, the mascot responded from a “Chuck the Condor” account, saying, “I miss the old Kanye,” a riff on one of West’s own lyrics. A few hours later, Ballmer chimed in on his own, saying the team “loves Chuck,” but also admires Yeezy’s creativity- and invited him to lunch, an offer West accepted.

Whether any of Kanye’s new mascot design specs will be embraced is yet to be seen, though it’s unlikely the team would initiate a tweak so soon. And as ESPN Senior Writer Arash Markazi reported, the bird was never about those loquacious cynics – or even those who could read their blustering rhetoric.

While Raymond and other mascot design experts know there are many traditionalists who simply refuse to see the value of a mascot, the fact is there are a huge number of teams – and businesses – that successfully employ mascots to their advantage.

Raymond told ESPN that while some people see a mascot like Chuck and think the team isn’t being serious enough, the opposite is true. He aptly noted that the business of sports is about more than what happens on the court. It’s about the entertainment value.

Mascots can be a strong symbol for an organization or event. It’s often an animal, but it could be a person or object – anything believed to bring luck or to represent a common identity. Children especially become endeared to mascots in a way that establishes loyalty and brand equity for the team.

Still, it can be tough to hit the mark with a kid-pleasing, crowd-rousing mascot. There is a danger, of course, of looking too silly or soft. The Cleveland Browns, for example, caught flak for the 2015 new Dawg Pound logo, with a mascot design that some referred to as “cute” – not necessarily the image you want to portray in a gladiator-like sport. Still, the team stuck with it.

But there has also been the risk for some mascots of seeming to scary, strange or oddly sexual. Think:

Although some mascot design efforts have indeed been lamentable, there is no doubt a well-planned Cleveland mascot design can help launch or revitalize a brand.

In the Clippers’ case, Chuck the Condor has already inked a shoe deal with Converse for, of course, Chuck Taylor All Star footwear. And in the home stretch, the goal is to get those cartoon-obsessed fans to flock.