Check Out What’s Trending in Mobile App Design in 2018 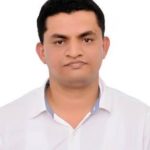 A quarter of 2018 has already passed, and we have already witnessed the introduction of many new functionalities and upgrades in smartphones. All these changes certainly affect the trends in the design of the mobile apps. Both the UX and UI designs are witnessing newer and improvised trends and they will continue to flourish in the coming days as well. Here we are sharing a few upcoming trends of 2018 That all mobile app developers and designers need to look into.

Going for the minimalist approach

Distraction-free apps are actually the need of the hour. The constant flow of data is making the users overloaded with information. People find themselves much involved in other works rather than doing the work they set to do. So, in order to make the user more focused on their task or action, creating distraction-free apps is most likely the most appropriate design trend for 2018. Some apps have already started focusing on building a UX that provides a seamless non-intrusive design with full automation and control of the user over their smart devices.

Redesigning of the gradient

In both Android and iOS apps, some app designers are opting for gradients of user interfaces that have a retro 16-bit quality to them and this trend dictates the utilization of each dot by designers, thus taking pixel art to the extreme and gives an edge of OLED displays or high definition resolution to new generation smartphones. This allows you to include pictorial natural backgrounds, simple and soothing gradients, gradients reinforced with a single colour of different intensities, and combinations of different prints and interfaces. 2018 will witness the growth in the variety of these gradients.

The transparency level of the different components and interfaces of the app is being adjusted to create a glassy look and provide a unique feel to the overall design. This helps in the layering of the different parts of a single interface on top of each other and creates fascinating and artistic visual effects in the interface of the apps.

The text-based information given in the app plays an important part in the design of the app. Designers are on a lookout for different ways to compete over the typography as mobile UX is gaining momentum. Based on the devices on which the app will be used, the typeface, white spaces, and content hierarchy, designers are experimenting with most apps.

As with typography, different icon patterns, are also being experimented a lot. In the relatively small screens of mobile devices, the graphic designers need to make the most out of the low-resolution environment by figuring out completely new ways to use that space as excessively large icons may lead to performance issues. For this they are experimenting with a wide range spanning from colourful illustrations to simple hand-drawn icons and from minimal icons to gradient icons.

While earlier flat design dominated the pack, the material design has gained popularity on almost every platform now as it provides a greater amount of creativity for experimentation to the designers. It is predicted, however, that more apps are likely to adopt a combination of flat and material design in order to make advantage of both.

The use of custom gifs and illustrations has gained more popularity this year as visual stuff attracts more attention because of its self-explanatory and user-engaging ability to get the desired task done. Mobile app designers are paying more attention to dynamic visual details and it is likely that mobile app designs will witness a more proactive approach to micro-interactions in the times to come.

These technologies are still being explored but have managed to make their way into apps developed for various industries. A multitude of new opportunities for designers lie inherent in these technologies and can be very instrumental in upgrading the current apps as well.

While touch and facial login technologies have already been implemented in Android, iOS, and mobile browsers and many users are quite comfortable with it now. The demand for apps integrated with this technology is ever-increasing. Simple touch logins or facial recognition apps based on facial IDs are in demand by banking and finance sectors. Apple Pay has already adopted this feature to make cashless transactions easier and many other mainstream apps are expected to offer the ability to log into their accounts with their own visage to the users this year.

Digital assistants providing audio input are more likely to find their way to the mainstream apps and intelligent apps with voice-activated assistance and thinking design. They can support smart home devices and are expected to enable audio interfaces for smart devices.

Overlap of cards and grids

A personalized experience can be generated using cards and grids and most designers fancy this kind of interaction model. It is not only an excellent content organizer that divides content into distinct sections but also makes it easier to scan. The overall design is made more creative, minimal, and natural by means of gesture-based navigation with 3D cards used by some apps.

The basic idea governing the mobile app design trends in 2018 is simplicity and comprehensibility, while providing a great UX, modern, convenient, and easy interface to the user. This has made mobile app development very dynamic with the rapid advancements in technology this year. The introduction of upgrades and new functionalities in various devices and platforms has further increased the necessity of mobile app developers and designers to stay updated with the recent trends. While some of these have now become the must-know rules, you may come up with your own style and turn out to be a trendsetter.

About the Author, juned

Juned Ghanchi is the CMO at IndianAppDevelopers.com, a mobile app development company that have a specialized team of app developers in India who provides Android and iOS application development for all business domains. Juned is always looking for new mobile technologies ideas and share with others through blogs.