A Movie-Worthy Story: Making Digital Art With Just One Finger 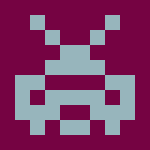 Have you heard about the South Florida designer who creates award-winning digital art with the use of just one finger?

It’s not like he chooses to do this. A neuromuscular disease he’s had since childhood has stolen away most of his muscle function.

Today, at age 24, that one finger is the only moving part AJ Brockman has left to create with. Is he feeling sorry for himself? No way. That finger is his moneymaker. His claim to fame. His secret weapon!

If this sounds like something out of a movie, well… it could be, soon.

A nonprofit filmmaking Group called No White Flags hopes to make a feature-length documentary about AJ Brockman, his unique digital painting technique, and the extraordinary success he’s found living his dream. AJ’s story (working title: “Differently Abled”) would be the first of many No White Flags film productions about highly accomplished people who refuse to surrender to their limitations.

And here’s the thing: you can help make this movie. Check out the crowdsourcing site Indiegogo.com to see a clip about AJ and read about No White Flags’ fundraising effort. They’re offering some nice perks for various contribution levels, including a special offer for designers—compliments of a very familiar name. (Hint: it starts with “Jeff” and ends with “Finley.”)

As you will soon discover, AJ Brockman is a guy in a hurry. You would be, too, if you had Spinal Muscular Atrophy breathing down your neck. The Indiegogo campaign ends January 1, so act now to help bring a fellow designer’s inspiring story to the big screen.

Paula Detwiller is a professional copywriter whose background includes journalism, public relations, and marketing. During her first career as a radio news reporter, Paula worked on-air at stations in Detroit, Denver, Minneapolis and San Francisco. She subsequently applied her writing, reporting, and people skills to a variety of marketing positions in California before moving to Florida in 2009 and starting her own marketing communications company.