The Biggest Surprise When Starting My Design Business

Today, we’re talking with some of our friends about the surprises they have faced owning their own company. We hope you’ll weigh in down in the comments section below.

What surprised you most about starting your own design company / freelance business?

“I think the biggest was surprise when starting out my own graphic design business was that the phone wasn’t ringing on its own. I had wrongfully assumed that just because I had all of this cool personal work (or at least what I thought was cool a decade ago) that people would be knocking down my door to work with me. That wasn’t the case at all though, I had to cold call and email businesses and people I had never met and ask to work for them in way I could to get my foot in the door and get real world experience. I had to learn that what was cool to me wasn’t necessarily what was cool to everyone else, and could be entirely different than what actually paid the bills. I feel like a lot of young designers don’t understand that design is not always (and in some cases rarely is) a synonym for “artist”, that alone could be a quite a shock.” – Jason Carne, Lettering Artist and Graphic Designer

“The importance of being massively different.
Before I started RetroSupply Co. I worked for a little business in Portland, Oregon called Paid to Exist. I worked closely with the owner. And one of the biggest lessons I learned was that you have to amplify what makes you different to rise above the noise.  So find the stuff you love about your discipline. Then amplify it. Be unapologetically weird. You won’t be the right fit for everyone. But you’ll gain the loyalty of a group of clients that love you.” – Dustin Lee, Designer and Creator of Retro Supply Co.

“Approaching this from someone who worked from home for many years then transitioned to a large studio space I think I unprepared for what that would bring. Even though I am essentially still a one-man shop that amount of tasks that I have to do to stay on top of things has increased ten-fold. I just didn’t expect that and it took me awhile to adjust to that. Bringing in some tools to help automate tasks (like social media, financial etc.) has started to ease the burden.”  – Lenny Terenzi, Owner, Hey Monkey! Design and Print Graphic Design, Branding, Illustration and Screenprinting Studio

“I was surprised at how much pre-gaming design requires before garnering work: setting up accounts, creating paperwork for billing, proposals, cold emails, and research for marketing, etc. I was told to expect a loss for the first four months depending on experience and notoriety. I had none of both, so I worked at a loss for eight and almost gave up. I hated the responsibility falling entirely on me, spending hours trying to meticulously craft an email while tracking follow ups. My workspace was so unglamorous – I got my start working on top of a trashcan next to my desk – and I felt constantly uninspired.

However, I studied every interaction and made slight adjustments, whether to the hour of publishing work, language in emails, tweaks on fine print in contracts. Eventually my feedback became fruitful, and I saw better engagement on posts. I saw business as a puzzle, one that could propel me to a career, and did my best to solve it.” – Danielle Evans, Lettering Artist, Designer, Stop Motion Animator, Illustrator, Creator of Food Typography and Dimensional Typography, Creator of Marmalade Bleue

“I started my business right out of college after freelancing nights for about 6 or 7 years. The thing that really knocked me on my ass about operating a full time studio was how much discipline I realized I needed to get things done. Working part time was easy. I knew I had a set amount of hours to get a few things done and my life didn’t really hinge on it. Once everything relied on paying bills and growing the business, it felt like the weight of the world was on my shoulders. I knew that I really had to hustle, show the world I was getting better at my craft with each project, and that I was a capable of truly understanding how the market worked. I needed to prove that my work was actually worth paying for and that it was an asset to have for someone who wanted to grow their business with a smart identity. It all seems so obvious, but when I was first starting, I just assumed things were going to naturally work out. I didn’t realize how much work it actually took to make a full time design studio viable as a career business.” – Jon Contino, Creative Director, Founder / Creative Director of both Contino Brand and CXXVI Clothing Companies

“I was surprised to realize how challenging this question was for me to answer. I think it is because I had already been in business long before I started my design firm. My first foray into real “business”, was when I was 17. I grew up in the college town of Kent, Ohio and had friends attending the University before I was done with high school. The guys I grew up with were almost all musicians. When a friend of mine began tending bar at a place called the Europe Gyro, he encouraged me to host a club night. He put a good word in with the owner and invited me to come meet him. I was a minor going to pitch a college bar on hosting a dance night. I nervously told him what we’d like to do, what we would provide and how we’d charge at the door. He agreed to give it a shot, on the spot. We settled up with a handshake. In many ways, the rest is history. I guess the most surprising thing about opening my business was that, in many ways, there would be countless more handshakes to “give it a shot”. At the end of the day, so many people in business will look past your age and experience and be willing to give you a shot if you’re offering something they might want. Of course, you’ll face rejection too. That old sports adage, “you miss 100% of the shots you don’t take”, applies here. Take the shot. You may be surprised how many times you’ll end up scoring.” – Wilson Revehl, VP, Web Developer at Go Media 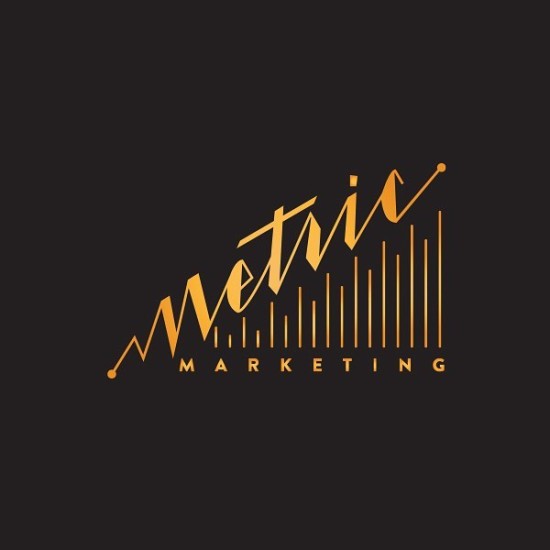 “What surprised me the most when starting my own design business was the variety in the work. I went to school, got my degree, worked in a print shop, and when I decided to go out on my own, the job inquiries that I received were nothing like what I had learned about or dealt with before. But even though it’s the most surprising part of it, it’s my favorite part. The variety in work means I’m always learning from my clients and learning how to adapt better to new situations. There is always room to grow in this industry, but I never realized how much room there was. It’s amazing.” – Brittany Barnhart, Owner, Just Curious LLC | Illustration and Design

“The thing that surprised me the most when I started my freelance business was how necessary setting a schedule and sticking to it was—at least for me. I always dreamed of having the freedom and flexibility to work whenever I wanted, but once I got a taste of that freedom it was enough for me to realize how detrimental it can be for my productivity. That’s not to say that I don’t love being able to work from anywhere and that it’s wonderful to have the flexibility to take a random weekday off, but sticking to a set schedule 90% of the time (or more) has been the key for me to staying productive and also locking down a good work-life balance.” – Shannon Blaz, Web Designer and Developer, Owner of Blaz Design

“Honestly, I think the answer for me, back in 2004 when I went full-time, was, ‘Holy sh*t, I can’t believe this worked out so easily!”

But for something more fit to print, I just recall spending about three months stressing out, looking for clients and then when that wasn’t working, looking for jobs again. I think I gave it two weeks, the looking for clients part, before panicking and going back to looking for an employer. I had a few small gigs rolling in, but by the end of the three months, I had job after job flowing in…it took a ton of work at first, like, 60 – 80 hour weeks, but once I had my website built, my brand out there, and had given some of those initial clients enough time to get back to me, well, it was like magic!

There was less real competition in Pittsburgh back then, though. The big agencies I was competing with then, most of them don’t even exist today. So, I think I got in during a sweet period of the death of the old but before these new whippersnappers could get together.

After that initial shock of downs and straight up, though, the biggest thing I fell in love with was the location independence. After about two years of freelancing from Pittsburgh’s coffee shops, I bought a van and hit the road, traveling full-time ever since. To me, that’s the best part about being a designer.” – Nathan Swartz, Web Designer, Owner ClickNathan

Your turn! What surprised you most when opening your own design firm or freelance business? Share with us in the comments section below!