Becoming a Punk Rock Entrepreneur: It’s All In Your Attitude

I can’t remember the exact moment I decided to start a business. I have always done work on my own, outside my regular employment. Before I even graduated from college with my design degree, I had started picking up freelance work that I could use to pump up my portfolio for when I later applied to agencies. Despite a solid resume and a shiny new MFA, I couldn’t overcome a saturated job market. Friends already working in the field reported receiving some 200 resumes for one job posting. There were simply far more designers than there were jobs, and I ended up working whatever day job I was offered. I cut out felt letters for hockey jerseys at a factory, provided tech support over the phone, and worked as a veterinary technician.

All the while, I sought out design clients—less to impress hypothetical agency types and more to do the work I really loved. It was work that I felt compelled to do even at the expense of sleep and social outings. Later, I started offering photography as a service, primarily wedding and portrait work, and eventually I realized that I needed a space online to show people what I did. I set up a basic website to display my photography and design work, and detail my services. It’s been growing steadily ever since.

At the time, I didn’t think of it as a business, though I was making money and logging as many hours as I did at my day job. It was just a sort of side-hustle thing that I was doing–something that I wanted to do, was skilled at, and had enough equipment to get started.

I grew up around people who were always working on projects. If a friend wanted to produce a zine, she would draw one up and distribute it. If she didn’t have all the skills herself, she would collaborate with other kids–authors, artists, publishers–to get it made. Other friends wanted to go on tour, so they’d call venues, hook up with other bands, and ask their dads if they could borrow the old van. When I would ask my friends what made them do these things, they’d just shrug. Because I wanted to or because I can or because I can’t imagine any other way of living. They couldn’t picture a world in which they DIDN’T approach life that way.

I grew up in a coal patch in southwestern Pennsylvania, which is not generally considered a hotbed of innovation and creativity. Still, I spent most of my time in high school and college around people who made things—music, venues, zines, art. If my friends had an idea, something that they wanted to put out into the world, they figured out the next steps to make it happen, and then they did it. I met people who believed in doing it yourself, in carving your own path, and in questioning established rules and systems. It’s easy to hit an obstacle in your plan and stop there, to declare things to be impossible or, at the very least, just not doable at the moment. But punk kids, and successful entrepreneurs, don’t jump straight to no. Instead of making excuses, they ask, what do we have to do to get this done? 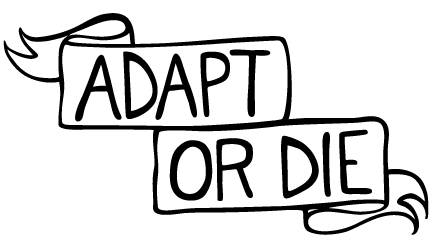 The most important business lesson I learned from the DIY punk scene is that mindset. Punk kids have an attitude about, and a certain perspective on, the way the world works. I learned how to get things done, and quickly. I learned how to connect to people and how to be creative in a lot of ways–—not only in the things I make but in getting my work out there. I learned that it’s generally better to ask for forgiveness than permission, that is, if anyone even notices your bold move. These are the things I hope to impart.

You are going to run into obstacles. Whatever sort of business you’re trying to create, whatever work it is that you want to do, will not be smooth sailing. How you handle those obstacles can make or break you. There are plenty of grim statistics about how many businesses fail in their first years and how few make it past five years. Failures generally boil down to a lack of planning (there’s no market for your product, you’ve drastically underestimated your operating costs) or an inability to handle hardships when they arise. This attitude that I’ve picked up, thanks to hanging around DIY types, has fundamentally affected how I handle problems. Now, when something goes terribly wrong, my immediate reaction isn’t oh shit, we’re boned but what can we do about this?

Get all the facts before you decide that you can’t do something. I can’t is an excellent excuse not to do scary things. It’s vague, so you can’t really argue with it. It sounds as though you’ve thought the situation through. I can’t is just the first roadblock your brain throws out there when faced with a scary task. (It’s right up there with this is the way we’ve always done it.) Usually, my counterargument is what’s the worst that could happen? This is generally a rhetorical question, but considering what is the worst thing that could happen can help you to figure out exactly what is at stake. I can’t lose this job is an immovable roadblock, but I’m worried about how losing this job will affect my budget is a concrete problem that you can begin to solve. Alternately, you may realize that something is an extremely bad idea that you should run in the opposite direction of (i.e. the worst thing that could happen is I fail at this stunt that I’m in no way prepared to perform and end up in a full-body cast.) The idea is not to jump straight to no but to carefully consider where saying yes might take you.

The next time an obstacle or an opportunity presents itself, and your immediate thought is I can’t do that, try to follow it up with . . . but what if I could? In the end, you may still find that your initial response is correct, that a project just won’t work out. But you may find yourself with a plan that allows you to overcome that obstacle or achieve that goal, and that’s certainly worth the time it takes you to ask a few questions. 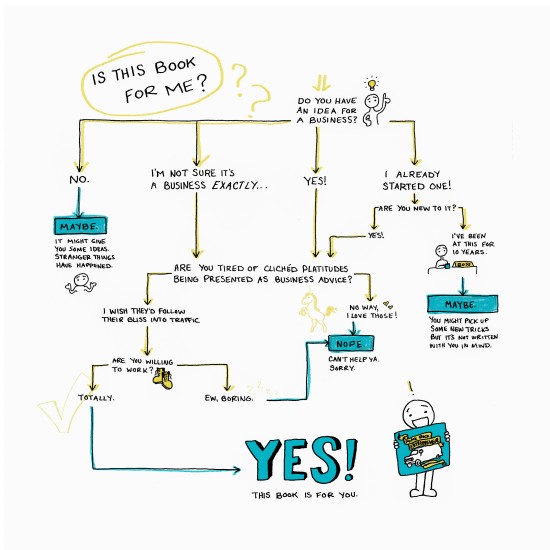