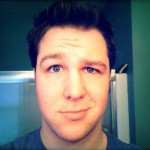 I am sure that all of you at one time or another have experimented in After Effects’ 3D world, and for beginners it can be quite the concept to wrap your head around. Along with being able to animate in 2D space, you can actually manipulate, move and place objects in Z space as well as the X and Y plane. Z space is measured by distance to and from the camera, so if you were to move something back in Z space it would appear further away than something further up on the Z plane.

Using this placement, you can rotate and place flat layers to create shapes and objects such as stages, streets, and even houses, given you know how to position correctly and efficiently. This is by no means a 3D modeling technique, just a little trick of the trade to spice up camera movements, and give your animations a sense of depth by placing objects in 3D space, and moving past them—like you would if you were to actually create the camera movement in real life.

Taking from this lesson in the 3D world of After Effects, I hope that you can delve deeper into the depths and create some amazing 2.5D animations on your own. Anything is really possible, and if you were able to utilize After Effects CS4’s new Photoshop Live 3D features you could add some 3D objects as well into your scenes to make them seem even more realistic such as cars parked on the street, 3D trees or even basketball hoops.

This was really created to be a primer to introduce you into the basics of After Effect’s 3D system, and to show you just how easy it is once you know the basics of how it works. If you liked this tutorial—or would like to see similar tutorials—please leave a comment, as well as if you have created anything using this technique! I would love to see what you have learned!

About the Author, Topher Welsh

My name is Topher Welsh. I am a video editor, visual effects artist, and motion graphics artist living in Tacoma, Washington. I am the owner of VisualFXtuts.com. Twitter: @visualfxtuts