The Slings and Arrows of Outrageous Appropriation 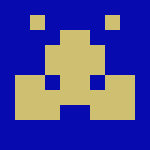 The line between parody, homage, and outright theft is a thin and sometime treacherous one – creatives and designers who have been in the business for some time know this and walk that tightrope with deliberation. However, despite the best efforts and precautions of some, they still take the plunge off the high-wire occasionally and get thrown to the wolves below that if given the opportunity, will shred every piece of integrity from the designer’s proverbial bones – sometimes deservedly so.

The adage of “everything comes from something” is a phrase that without fail will surface during a discussion on appropriation at one point or another; it’s an inevitable piece of the conversation that gets tossed in the ring when there is seemingly nothing left to say or fight for. It’s a half true, half cop-out remark that in some respects simultaneously embraces and forgives unoriginal concepts that typically gets blurted out under harsh scrutiny as a last ditch effort to save face for the person under the microscope. There will always be a slew of accusers and defenders quick to jump to either side of the fence, but there isn’t much middle ground on the subject and that seems to stem from ambiguity on what exactly is right or wrong.

“Imitation is the sincerest form of flattery” ordinarily is not included among the body of text within a C&D letter. There is a stark difference between inspiration and plagiarism, although the rules and boundaries can sometimes be unclear. Doing some research and finding those limits that indeed do exist can be the difference between being caught in the wrong or sitting pretty. Parodies are essentially self-explanatory and are usually safe to work with (although George Lucas’ legal team would say otherwise from what I’ve heard) but the more problematic and recurring issue is style-biting.

An artist’s style is not something that is instantly achieved, it’s something that takes years upon years of practice and experimentation to settle into. It’s the culmination of an artist’s efforts and time spent throughout their career to be afforded that benefit and privilege to being instantly recognizable. Hijacking someones personal motifs far exceeds that of simple idea theft, because you’re not just taking a design – you’re taking years of hard work away from someone for your own personal short-term gains. A fresh idea is hard to come by, but a unique style is even more difficult to forge in a sea of creatives that ironically are not all too creative sometimes. Having the same idea may be coincidence in some cases, but having the same execution is almost always deliberate and purposeful in hopes of imitating someone else more well renowned.

Fellow designer and self titled Alphastructaesthetitologist Jon Contino (he designed our WMC Fest 2012 t-shirt) recently came under a bit of fire at the popular t-shirt design community Mintees for a few of his works right on the heels of another heated debate on appropriation (which was unrelated, but it goes show how prevalent this sort of discussion is), which he defended and explained in a respectable fashion:

I haven’t actually copied ANY of these. I pick my references (whether its obvious or not) and do my interpretation of them. Depending on the audience, these interpretations will be either extremely obvious and appreciated or appear to be new. My intent is to either delight or educate. That’s also the reason I speak about these very things to students and other professionals. I think it’s a topic that needs clarifying and I try my best to use my own work as examples. There’s a clear difference between stealing and referencing classic imagery. Some people are obvious thieves, but there are those who are not and trying to make genuine statement…these people just need to vocalize it a bit more.

I’ve been the victim of plenty of straight up rips, but I’ve also seen others take inspiration from my original work. I’ll never get upset about that, but the laziness and unoriginality that goes into plain old stealing cannot be forgiven. John Contino

His work is at times directly inspired by older, historical pieces which he re-purposes and puts his own unique spin on, but the criticisms falling on him were that they were passing the point of homage design and breaching “rip” territory. Ripping is more abreast with concealing your sources (most often somewhat obscure ones), claiming the work to be your own and completely original and trying to get away with it. What Jon does is take obvious pieces from his surroundings and culture, re-imagines it in a new way that is relevant to his history and style and putting a message behind it, a statement of intent – and has no trouble with admitting it. Having respect for the past, being open about your source material and putting a fresh outlook and modern spin on something is not the same thing as outright forgery – which brings me to my next case.

AJ Dimarucot (AKA CollisionTheory) and Jimiyo found themselves in the middle of a semi-public artwork heist perpetrated by Rob Pruitt in a New York Times feature last year. Their now famous “When Pandas Attack” design, a bestseller for Threadless, was directly lifted and claimed as original by Mr. Pruitt. (the proof can be seen here). This is exactly the type of appropriation that gets people in trouble, and rightly so. There was nothing done to the piece to make it unique, there was no credit given where necessary to the original artists and then it was “justified” by him as follows:

There’s something that I want to discuss. This image [of a panda screaming, on the opposite wall] I snapped on the street about a month and a half ago. This guy was wearing a t-shirt and the panda was just screaming and it was really great. It’s mostly pictures of pandas I’ve looked at for the last 12 years, but I’ve never really seen one like this. And so there are a couple of blogs, people saying a lot of things about plagiarism, that I should be sued for stealing this image, but nobody is asking how I encountered the image…Rob Pruitt, New York Times

Rob Pruitt’s rip seen on left, an unaltered inclusion in his art of Jimiyo and Collision Theory’s “When Panda’s Attack” design.

No matter what spin is applied to something, stealing is stealing at the end of the day. The design community is a vast one, but it’s also a relatively tight knit society and once you’re ousted as a thief of concepts and style it’s a tremendously hard road to gain trust and acceptance again.

If a design feels wrong, or you feel like you’re encroaching on someone’s aesthetic territory and stepping on toes (which are usually attached to a foot and a swift kick in the reputation), maybe it’s best to back off, mull it over and reconsider your approach. Come at the project from a different angle, contemplate alternate methods of execution, new forms and layouts. Don’t ever settle for being someone else, the moment you do is the moment you’ve lost your candor as an artist. Being inspired and galvanized is fine, but for the love of your craft, put some of you in your work and bring something to the table no one else is – even if it’s slightly divergent from your source material, at least make the effort and be able to go to sleep saying I made something today – not I copied.

About the Author, Jason Carne