We are thrilled to introduce our friends from Barkley, a fiercely independent advertising agency in Kansas City, Missouri.

They are sponsors of this year’s Weapons of Mass Creation Fest and an integral part of WMC Fest’s schedule.

The team will be hosting a workshop on Sunday called Prototype as Pitch and will be taking part in Saturday’s portfolio review – definitely not to be missed.

We sat down with some of their team to discuss their involvement in the fest. You can catch our chat over on our design podcast feed or the transcript below. And be sure to meet the whole team live at your favorite design conference, Weapons of Mass Creation Fest, August 7 – 9th at the Allen Theatre!

Mark: Hi, I’m Mark and we are Moonshot, the innovation lab at Barkley Advertising Agency in Kansas City. And we help clients explore the future and design new experiences and products using sort of a combination of human centered design practices, emerging technologies, and just the right amount of weirdness.

Joe: I’m Joe, I’m the programmer kind of guy in the lab. My background is in software development and I do electronics and stuff like that.

Ricky: My name’s Ricky. I am the industrial designer and maker of the lab.

Katy: I’m Katy, I lead our experience design practice. I have an interaction graphic design background, and I also worked in education. 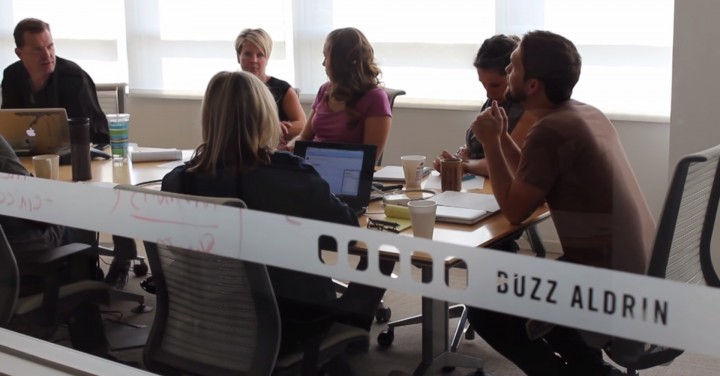 Moonshot Lab staff in a meeting

Bryan: Alright, so it sounds like a wide range of different things that you guys do. Can you tell the WMC community just a little bit about Barkley, the Moonshot lab and the role that design plays there.

Mark: Yeah, for sure. So we started Moonshot about 4 years ago, really with the intent of exploring emerging technologies and accelerating their adoption both within the agency as a whole and throughout our clients work as well. Very quickly we became not only a lab doing experiments with emerging technology, but we became sort of a cultural catalyst as well. We learned it was really important not only to have cool toys and do interesting experiments with them but to really propagate ideas, share awareness of possibilities, both inside the agency and with our clients as well. Pretty early on we started doing things like classes, workshops and other experiential learning events, and that became a real pillar of what we do. So we’re grounded in human centered design and innovation, we tackle problems from an end user perspective, and try to cultivate empathy and the feeling of what the end user is feeling when they encounter a problem, or what we want them to feel when they experience whatever we are designing for them. A design really plays a lot of different roles here at Barkley, not only experience design which is sort of our practice, but of course, graphic design, motion design, there’s really design throughout the entire agency.

Katy: We are excited to get up to Cleveland and check it out, but Kansas City is one of those interesting medium sized American cities that’s really beginning to understand design and innovation as a change agent even at the city leadership level which is really exciting to see. Barkley is situated in the downtown crossroads Arts district, and we are two blocks from Kansas City Center for Architecture and Design. It’s just a real thriving hub, and there are certainly times of the month and times of the year where that energy is really palpable inside this building and inside the city that surrounds us. 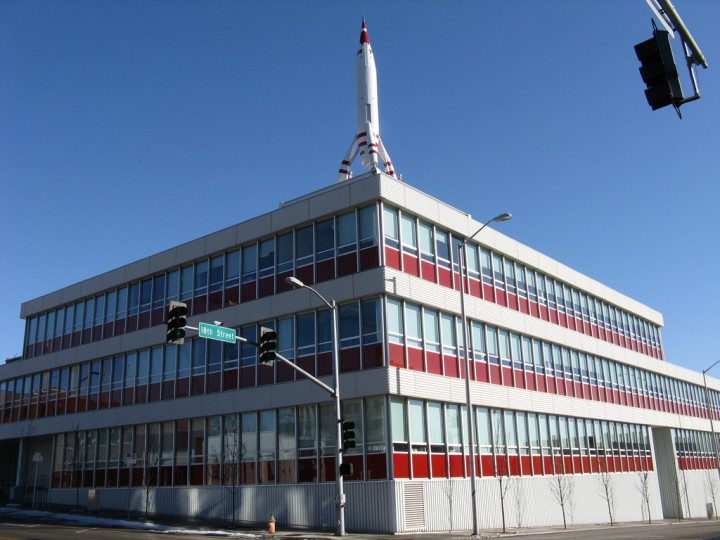 Bryan: You talk a lot about the energy that your company has about design as well as these workshops you guys are doing. So overall, this seems to really fit in line with WMC Fest as far as sharing that knowledge you guys have and sharing passion you guys have. Why do you guys value contributing to the design community as you have been so far, as well as joining us here at WMC Fest?

Katy: I think that we are just interested in contributing to the ways design is practiced in Kansas City. It is just increasingly diverse, kind of the traditional modes of practice but all of those disciplines are interesting moments of flux. So there are traditional print broadcast, motion work being done by graphic designers. There’s great industrial design and architectural talent; we are a block from an annual fashion design show that happens every year that’s really fantastic. And we love to occupy a space thats a little more fringe, a little more experimental. We are really interested in the intersection of digital and physical and it’s a bit of a green scape, an unexplored territory here, at least regionally, so we are excited to push those boundaries and lead that charge and introduce those kinds of perspectives to the community at large.

Mark: I’ll add a little bit to that. Katy mentioned the notion of boundaries, I think one of the things we like to do in the industry is break the boundaries of what the agency typically concedes its job to be. So when we introduce the practice of experience design, and the idea of going beyond story telling and creating both tangible products and experiences that people can use to really feel the brands that we work for. That changed the way the agency sees itself and see what it’s capable of doing. And in a similar fashion, we like to break beyond the boundaries of our everyday experience and sort of go out and encounter new communities and bring back new ideas. So for us, participating in Weapons of Mass Creation is an opportunity to break the boundaries as well. Sort of import ideas that we might not normally get here, even when we are a part of a really vibrant community.

Bryan: So you guys are going to be doing a workshop, can you tell us a little bit about what we can expect there?

Ricky: The workshop’s name is called Prototype as Pitch and through the workshop we are going to try and show you the power of making your ideas instead of just talking about your ideas, because we believe making your ideas gets you the most excitement and the biggest possible buy-in.

Learn More about Prototype as Pitch 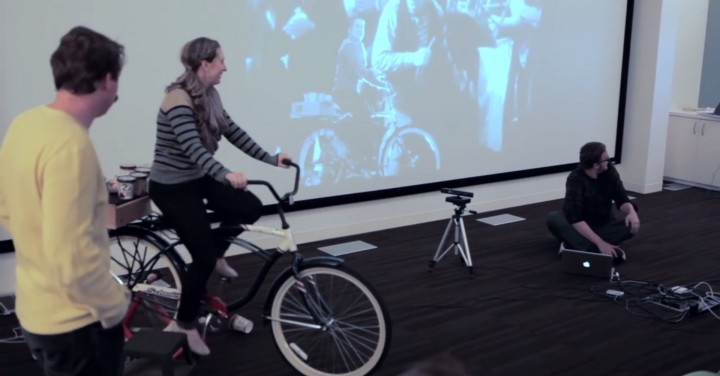 Joe: Yeah, we came up with this idea for the workshop because we’ve had a lot of luck, or not a lot of luck, we’ve practiced this process of making prototypes and then getting budgets for it. A lot of times people say, “I know it when I see it“, or “I don’t know what you’re making until I see it“, or “I know what I like when I see it“, so what we do is we let them see it. And when they do, they’re like “Yes that’s it! Or they’re like “No… that’s not it.” So yeah the idea for the workshop just came out of our everyday workflow.

Mark: And I would say that for us, this philosophy of prototyping to pitch is different from doing spec work because it’s not our intent to deliver something that might look like the final piece. We are not invested in dazzling potential clients with a logo or design per say, we are trying to give them a feel for what the solution might be and get them excited and inspired. That’s an important distinction to make, between prototype and spec work.

Bryan: So Barkley, overall as a company, you guys were voted one of the best places to work by Ad Age, you’ll also be recruiting at the event, you’ll be apart of our portfolio review on Saturday, so why do you guys love working at Barkley? What’s the best part of your job there?

Mark: For me, I think the best part of my job is that I literally invented it. Four years ago Moonshot didn’t exist, and I went to the senior executives and pitched them the idea of building a lab and to my great surprise they said yes, and said go out there and do this. And I think that kind of speaks to the kind of freedom and flexibility that we enjoy here, which is not common in agencies. And that probably stems, at least in part, from the fact that we are employee owned. So there’s just a different underlying vibe to the culture. I think in terms of the best things about Barkley, for sure, is the people. I love my team and the people I get to work with everyday, and I know other people apart of the agency probably feel similarly, but clearly, not as strong as we do because this is the best team. But as Katy mentioned, we live in this really vibrant cultural hub in Kansas City, the crossroads to Art district. It is the center of Kansas City’s creative community and it’s just a cool place to be. You can walk down the street and get inspiration and encounter people from other creative fields that kind of fuel your thinking and work. 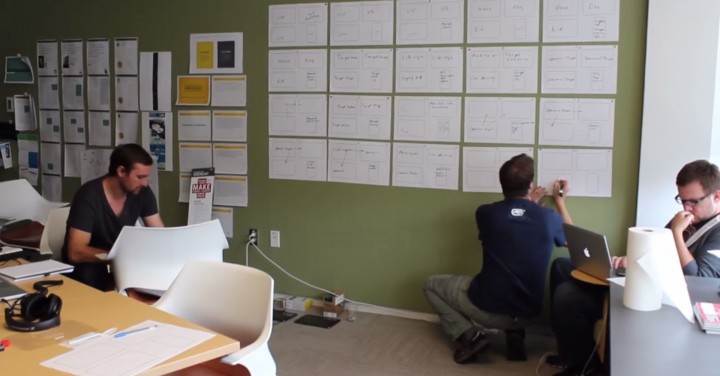 Ricky: Yeah, Barkley as a company really does put a lot of effort into developing great culture. And that goes all that way to obvious things like happy hours to really communicating to us visions of adding good to everything you do and practical things like employing diversity of people and encouraging us to explore outside of what we do and who we are and typical agency life and that’s really great.

Joe: I really enjoy the fact that our team is so diverse, I come from a background where things are more siloed and in your groups are people who think like you, and we have a team where we all think radically different and I think that kind of carries over to the entire agency. So any person you approach, they are going to think a lot differently than you are which is really cool.

Katy: Yeah I want to just echo what Joe said. Silos are not as predominant here, but there is still expertise in the building in a lot of different and necessary categories. There is always somebody to go to and kick around an idea with but the idea really is keen here, so it’s kind of open door policy. If you have a really great idea and some ambition and some passion to run with it, you’ll typically find a yes here at Barkley and a pretty long road to run with it, which is just really refreshing and really energizing as this point in my career personally.

Mark: I’ll throw in one more thing. I’ve been at Barkley for 10 years and I can say that categorically this is a really good time to be a Barkley. There’s just a ton of momentum right now. We’ve had some nice new business wins, picked up a lot of new clients, we are starting to get a lot of national buzz, you mentioned the Ad Age recognition as one of the best places to work. There’s just a sense of energy and momentum right now that makes it a great place to be and a great time to be here. 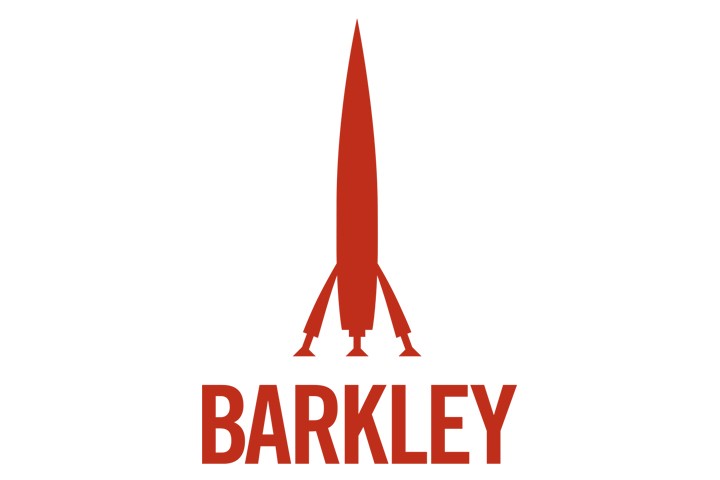 Thanks a million to Moonshot Lab and Barkley for sponsoring this year’s WMC Fest! Check out our full list of sponsors at wmcfest.com and buy tickets for Cleveland Design Conference Weapons of Mass Creation Festival now!